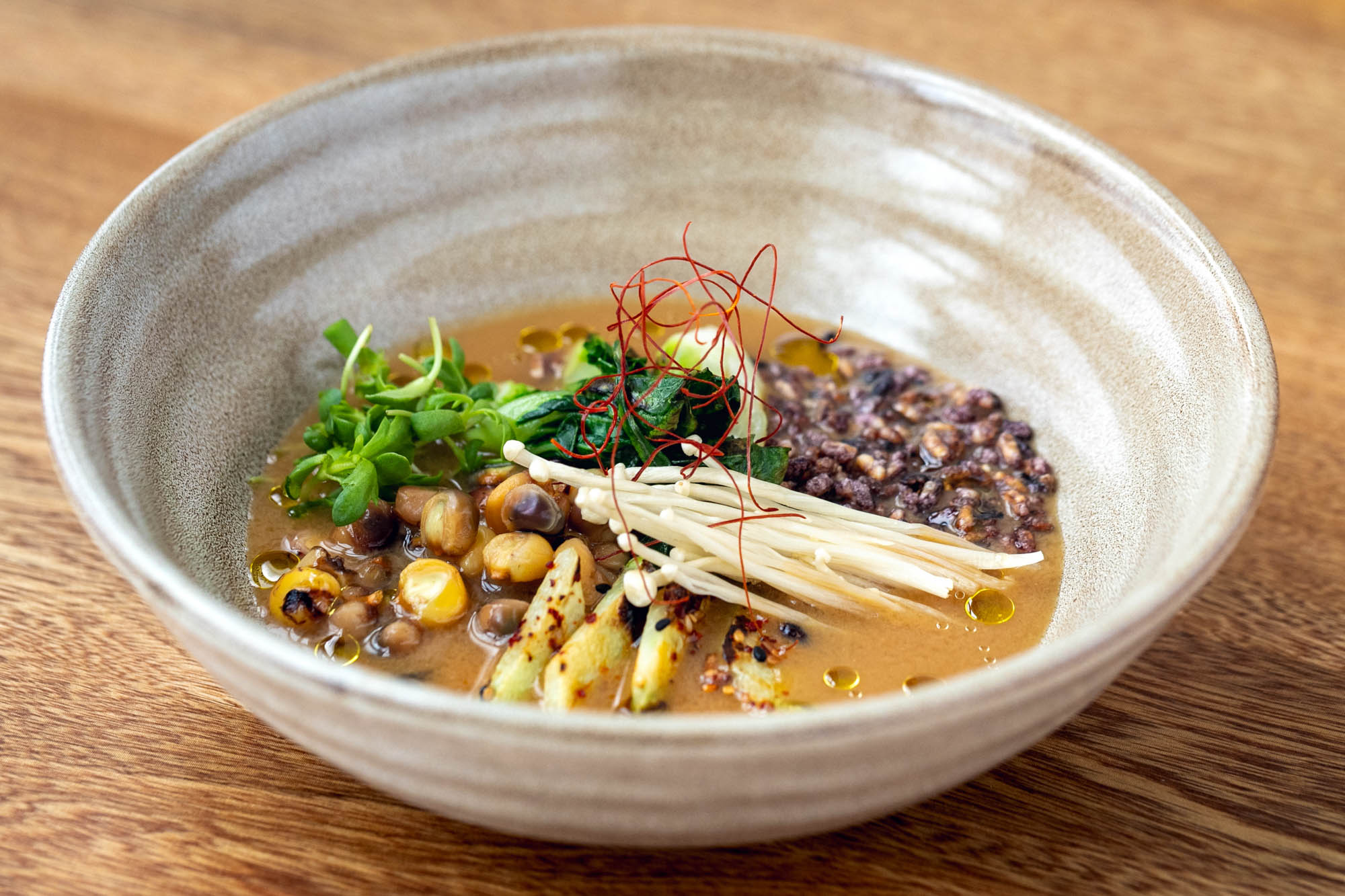 Two things immediately come to mind when Ann Kim recalls her family’s move from South Korea to Minnesota in the late ’70s: the fruit and the flooring at her aunt’s house.

“The day we arrived, I remember stepping on carpet for the first time and thinking how soft it was,” said Kim. “My mom said I did a complete 360 and said, ‘Boojah neh!’ Translation: ‘Wow, they’re rich!'”

The actress-turned-chef laughed and continued, “My aunt also had a big bowl of bananas laid out for us. I was so excited to try one; bananas were very rare and expensive in Korea. I tasted one for the first time and it blew my mind.”

Kim’s visit to Valle de Guadalupe three summers ago was quite similar—a seek-and-discover excursion driven by curiosity. At the time, Kim wasn’t planning on opening Sooki & Mimi, her fourth Minneapolis restaurant after a hat trick of award-winning Neapolitan and New York-style pizza joints.

But then a long drive from LA to Mexico’s leading wine region led to a revelatory late-night meal at Fauna, starring a “humble piece of confit-roasted squash and basket of warm blue corn tortillas.” Like many Americans, Kim had never had tortillas with terroir before. She was so smitten by the nixtamalized corn (soaked in an alkaline solution, like potassium carbonate or limewater) that she became obsessed with experiencing its many regional varieties firsthand. We’re talking everything from the “deep, buttery flavor” of Oaxaca’s olotillo amarillo to the “rich, nutty” toasted barley notes of Atlacomulco’s conico rojo. 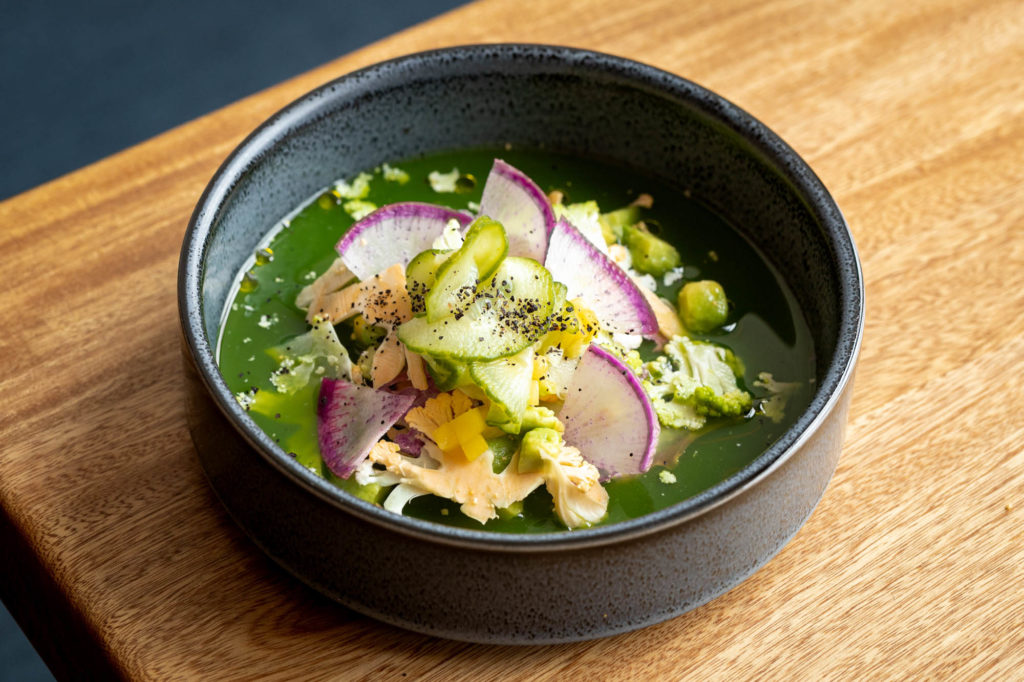 Somewhere along the way of sampling all that heirloom corn, she realized something: Mexican and Korean meals speak a similar language. It’s a delicate, ecstatic dance between funky, salty, sweet, and spicy flavors that switches its steps with every bite, whether you’re tearing through tacos and several different salsas or switching between ssam wraps and banchan plates.

“[Mexican] food spoke to me on a very deep and personal level that was really hard to understand until I started to cook more of it, and got to know and appreciate the people and cultures behind it,” said Kim.

Kim ended up taking at least half a dozen R&D trips in the months leading up to Sooki & Mimi, a collision of contrasts that pulls its culinary palette from South Korea, Latin America, and the Midwestern state Kim has called home for the past four decades.

In a lot of ways, the Uptown Minneapolis restaurant charts its own course—much like Kim’s most acclaimed restaurant, Young Joni. Only now she’s learning the ropes from Latin American elders rather than Tony Gemignani’s International School of Pizza.

None of this surprises Kim’s closest friends and contemporaries.

“Ann’s the shit,” said Animales chef-owner Jon Wipfli, a recurring collaborator at pop-ups and private events. “She finds simple, delicious things that sometimes get overlooked and digs harder into perfecting them than anyone else I know. She doesn’t stop at the recipes either; she travels to where they originate, learns and respects the history, and executes it in a way that’s approachable yet elevated.”

He continued, “On top of that, she’s an incredible leader, a rock-solid person, and pretty damn inspirational. Through all her accolades and awards she’s kept focused and 100-percent down to earth.”

Kim is quick to credit her parents: hard workers who taught her to “tell the truth, stay humble, and be a good person,” even when there’s anxiety and trauma lurking just beneath the surface. (Her mother, who was born in North Korea, was just 12 years old during the Korean War.)

“I was blessed with two grandmothers who helped shape who I am and how I eat,” said Kim. “Sooki, my maternal grandmother, immigrated to the U.S. with our family, and raised me until I was 10. Mimi, my white American uncle’s mother, cared for me as if I were her own granddaughter and introduced me to the arts, theater, music, books … and cheeseburgers.”

Kim recalled the speech she gave after winning the James Beard Award for Best Chef: Midwest in 2019. “It’s funny that I am referred to as the #fuckfear lady,” she said. “Because I’m scared almost every day. The difference is that I don’t let it paralyze me. I try my damndest not to make decisions rooted in fear; it’s the one road I refuse to go down.”

That explains why Sooki & Mimi’s opening menu is as fearless as fine dining gets in 2021. With Minnesota’s COVID-19 numbers on a steady decline—the state’s positivity rate just hit 4.3%, its biggest dip since July—and indoor dining back to 50-percent capacity, Kim made the tough decision to develop a 10-course tasting for a drastically reduced number of spaced-out seats.

“Opening a restaurant in the middle of a pandemic was never a part of the plan,” said Kim. “Every restaurant I’ve built has taken time; this one takes the cake. There were all sorts of false starts, stops, and resets…. I finally learned to see that as an invitation to surrender to what is rather than worry about what may come, or long for what should have been.”

As for what she’s actually cooking, Kim promises a “a perfectly imperfect expression” of where her head’s at “right now.” She’s riffing on the wide range of corn mostly cultivated by Mexican farmers and Native Americans, with the welcome input of a tight-knit team that’s come up with such inventive courses as a cross between Mexican pozole and Korean doenjang jigae (soybean paste stew). 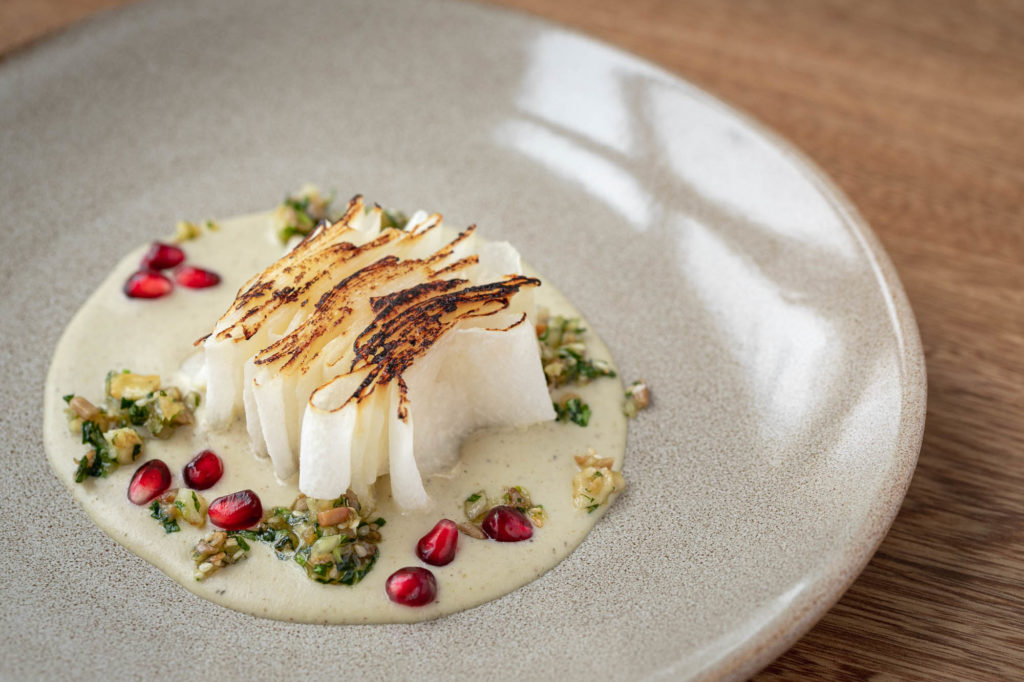 “You know, I struggled with this menu,” admitted Kim, “because this is a first for me. It’s not in my wheelhouse. I mean, I’m known as this Queen of Pizza lady …. I hope people love it; maybe they’ll hate it. For me, it’s something that really pushed us creatively. I needed to be inspired in some way. I felt like I was in a rut, and this recharged me.”

Other examples of Sooki & Mimi’s inspired, don’t-call-it-fusion dishes include a warm cup of toasted corn tea, laced with sweet corn silk from last summer; a Colorado-sourced corn madeline served alongside spicy chiltepin butter; an aguachile course that subs raw cauliflower, avocado, namasu (daikon and carrot), black lime, and mango in for seafood; and a deep-fried masa cake served with pistachios, labneh, and three kinds of beets (pickled, raw, and smoked).

Did we mention everything’s vegetarian? And there’ll eventually be a basement bar with a spirit-forward “good, better, best” program and analog music?

“Our decision to launch with a vegetable-focused menu was a happy accident,” said Kim. “It resulted from working on a vegetarian alternative to a menu that included meat and seafood. I found myself craving the vegetarian options far more than the omnivore ones, and asked myself, ‘Why not just offer the best option that also happens to be vegetarian, but more importantly just tastes fucking amazing?’ The menu will change and evolve over time, so why not push the edge and try something new and different in a year that seems to be all but demanding it?”