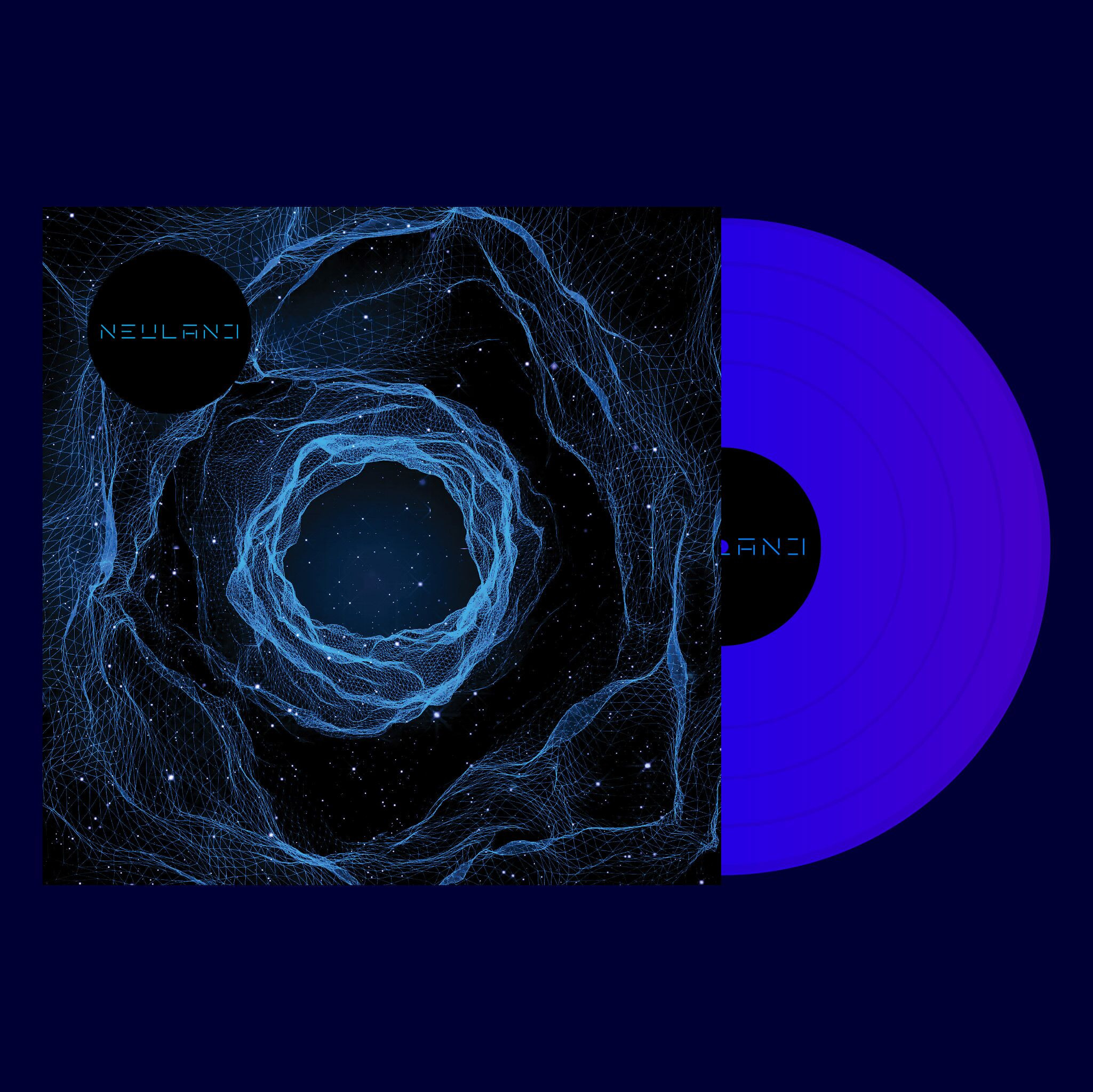 After all, its core synth cadets (former Tangerine Dream members Peter Baumann and Paul Haslinger) first workshopped a record under a different name (Blue Room) nearly 30 years ago. Its promising sessions were ultimately shelved, but the project’s creative process firmly established their friendship and a fruitful dialogue that defies explanation.

Best experienced in one sitting — eyes closed, speakers turned way up — Neuland’s sprawling debut is the album Baumann and Haslinger merely hinted at making over the course of their respective careers. Tangerine Dream is there in spirit, of course, but Neuland’s boundless productions exist on their own astral plane, mentally and musically.

Far more restless than most ambient records, the pair’s double LP is both focused and freeing, alluding to everything from weightless grime melodies to windswept film scores. And while there are shades of many different modern artists here (Oneohtrix Point Never’s sci-fi scapes, Zombi’s prog nods, the mechanical animal melodies of Amon Tobin and Arca), Neuland is ultimately the sound of something entirely new.”

Edgar [Froese] recruited each of us at different times for Tangerine Dream,” explains Haslinger, “so we both joined an existing structure. Neuland was formed from the ground up —just two crazy people deciding to make music together.” As for how its heady transmissions compare to their previous output, Baumann insists, “They’re diametrically opposed projects. Blue Room tried to expand to the outside; Neuland tries to travel inwards, exploring inner space.”

Like any long, strange trip, that trek can be terrifying at times, but also strangely beautiful. Even soothing, as the panic-inducing parts loosen their grip and let glimmers of light in, revealing a sky full of stars and cosmic rays that are closer than they appear.

Neuland’s cinematic universe makes perfect sense when you consider how its core duo kept themselves busy during their decades apart. Having gotten a taste of soundtracks with Tangerine Dream, Haslinger pursued a film score path full-time once he left the band and got settled in LA. His many credits include a Ben Frost collaboration (Tom Clancy’s Rainbow Six:Siege), the first couple seasons ofFear the Walking Dead, and such major Hollywood movies as the Underworld franchise, Resident Evil: The Final Chapter, and 2020’s highly anticipatedMonster Hunter adaptation.

Baumann, on the other hand, largely took a break from studios and stages after selling his influential Private Music imprint — a New Age label known for supporting a wide range of artists, from Suzanne Ciani to Ravi Shankar — and shifting his focus towards science, philosophy, and psychology. He didn’t stop a treading all the right books, either; Baumann launched his own brain trust 10 years ago, a foundation determined to decode the human condition. 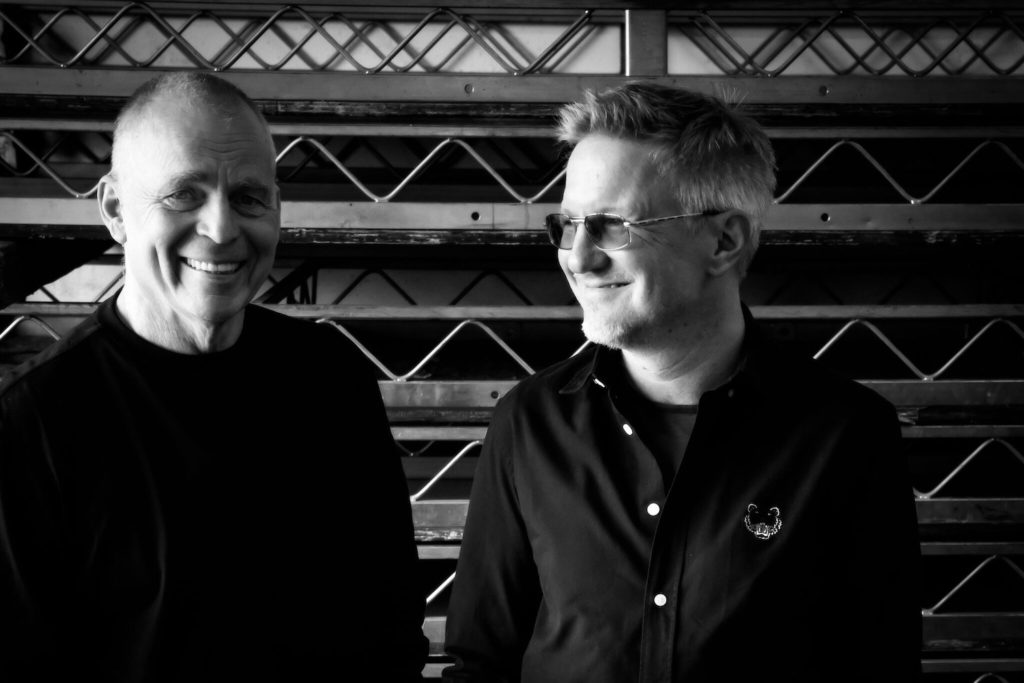 Considering how insatiable his quest for knowledge is, and how widescreen Haslinger’s work has become over the years, it’s no wonder why Neuland’s first batch of material ended up as more than a simple record. It’s a mood-altering experience thats started innocently enough (Haslinger calling Bauman in the winter of 2015 and asking, “Do you want to make some noise again?”) but quickly became its own beast.”

Our earliest tracks were studio experiments — compositions in search of a project,” explains Haslinger. “But they were fun to make, so we started playing with conceptual ideas. And like any process of exploration, we covered a lot of different ground to land, eventually, on the mood, selection, and sequence of the album.”

“No single track was more significant than any other,” adds Baumann. “All of them emerged and influenced each other until, one day, they all felt like individual chapters of the same journey.”

Neuland’s synergistic forces course through the poly chromatic veins of animated pieces like “Cascade 39” and “Dream 9,”songs that suggest moonlit chase scenes, vapor-trailed aerial views, and murky weather patterns. Elsewhere, “Nautilus”melds the modular creaks and croaks of a Buchla with the ultra modern effects of Nonlinear Labs’ new C15 model, blending electronic music’s bold past with its limitless future effortlessly. And then there’s the sweeping melodic threads of”Longing in Motion,” a soothing end to Neuland’s self-made storm that leaves us all wondering what just happened. Or more importantly, what’s next.

Some answers can be found in Neuland’s captivating visual component: sapphire-tinged live shows and stunning videos (available in a special DVD/Blu-ray set) that bring every last note to life. Presented in a phantasmagoric three-panel format, the clips pan over vast landscapes, cloudy skies, and rugged surfaces like a feverish dream.

“It all boils down to one word —transcendence,” explains Baumann. “The color blue is a cool, calm color and evokes a deeper, more reflective mood, as opposed to red, which is more exciting and stimulating. There’s plenty of stimulation in our world today, with little room for reflection and deeper experience. Neuland is at home beyond fleeting excitement.”

“Tangerine Dream was always associated with the drug culture,” adds Haslinger, “and implied mind expansion. We’re in the same game, even if the world and drugs have changed. It’s a different trip now, but it’s definitely intended to be a trip.”