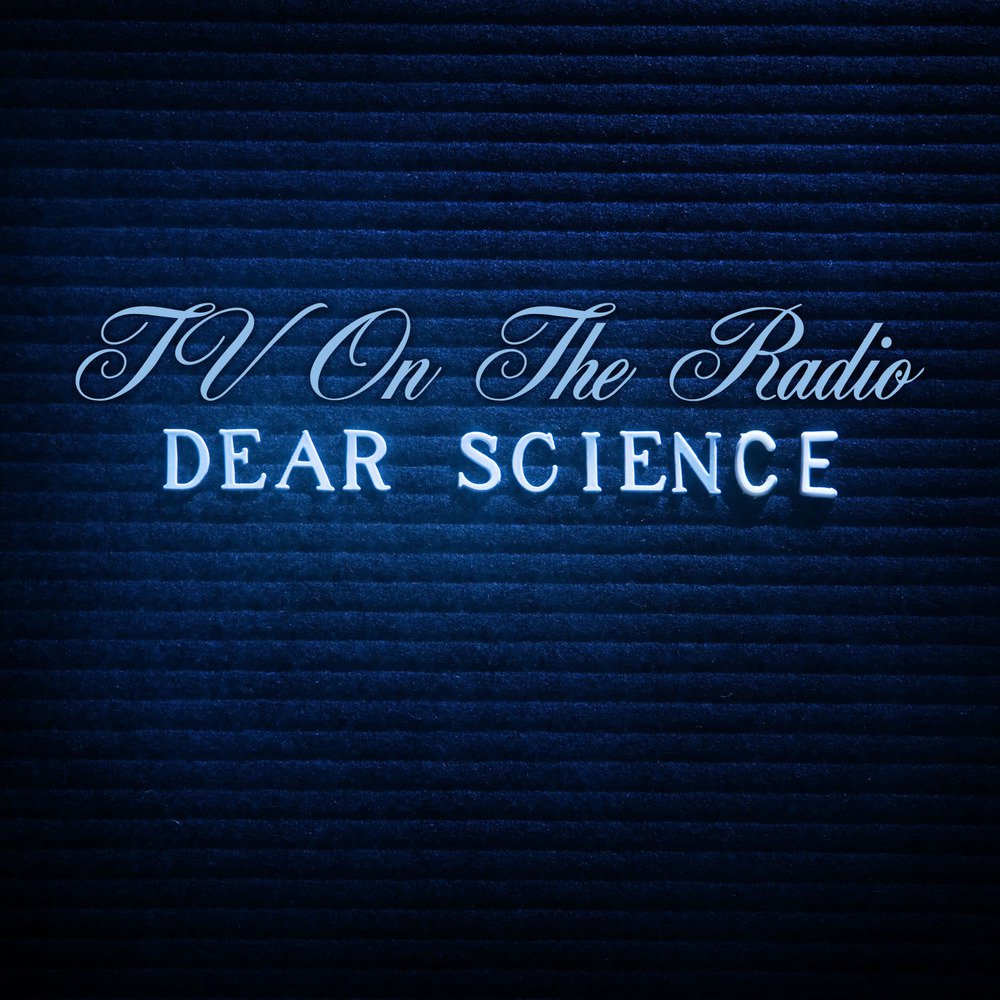 Indeed. Good luck finding easy answers in TVOTR’s ever-evolving soundscapes, though, whether we’re talking about their new disc, Dear Science (DGC/Interscope) or the band’s early days. When guitarist/vocalist Kyp Malone joined, he didn’t even get what Sitek and vocalist Tunde Adebimpe were going for on their self-released 2002 debut, OK Calculator.

“Aspects of OK Calculator are genius,” says Malone, “but it isn’t as laser-focused as Young Liars.” Neither were Adebimpe and Sitek’s early live sets, boundless and brash bits of performance art that Malone remembers as “an open mic/karaoke night gone awry. I could hear songs peeking through it all but it wasn’t really my thing.”

Boy did that change in 2003, as Young Liars became Malone’s favorite CD-R (he’d often play it for the latte sippers at a local coffee shop) and the group’s first Touch & Go release. An immediate favorite among critics, the EP nailed Sitek’s goal of sounding like a “grand four-track thing,” from the epic, evocative balladry of “Blind” to the spectral pop trails of “Staring At the Sun.”

To make things even more interesting, Malone dropped his skepticism and joined the group full-time before Young Liars‘ official release, with drummer Jaleel Bunton and bassist Gerard Smith rounding out the band’s rhythm section soon after.

“We had a gig in Iceland where we needed a full band so we asked the two best guitar players we knew, Gerard and Jaleel, to play drums and bass,” explains Sitek, laughing. “It’s absurd that Kyp and I are even holding a guitar when Jaleel and Gerard are fucking bananas at playing it.”

While that may be true, TV On The Radio’s loose approach to songwriting, recording and performing leaves an incredible amount of room for instrument-swapping and role reversals. Rather than rely on a stringent and stale guitars/bass/drums/vocals setup, the quintet often brings home-demoed sketches to the studio along with the attitude that a track needs to go through everyone’s filter before it becomes a fully formed song.

“Music is the most flexible medium in the world for me,” explains Sitek, the beat conductor responsible for distilling the band’s tracks down to a living, breathing composition that’s never cloying or cumbersome. “There is no shortage of ideas; the hard part is not following each whim.”

As much as he tries to keep a record sounding lean, Sitek is quick to admit, “It takes most bands an album to get to a high track count. I can go from 4 to 96 in a day, without question. I’m track hungry, really. A lot of stuff isn’t even an instrument.”

The densest a TVOTR disc ever got was their third LP, 2006’s Return to Cookie Mountain, a collection of songs you need to scale with hi-def headphones to truly appreciate. Sitek went a little lighter on the multi-tracking with this Dear Science, but not by much. The album’s opener, “Halfway Home,” is vintage TVOTR, for instance — a rich, speaker-swallowing canvas of careening beats, buzzing riffs (or are those synths?) and bloodletting vocals. Things get strange from that point on, however, as mirror balls spin (a dare-we-say-danceable “Crying,” the helicopter hook of “Golden Age”) and Adebimpe attacks “Dancing Choose” like a mic-wielding battle rapper.

And then there are the glimmers of drum & bass (“Shout Me Out”), drunken horn sections (“Red Dress,” one of several songs to feature members of Antibalas), and carefully-plucked film score strings (“Stork & Owl”) that spice up what’s clearly TVOTR’s most challenging effort yet. Not challenging in the sense of being a rough listen — challenging in terms of rewriting the group’s supposed gloomy, stormy aesthetics.

“You know how people always say that comedians are some of the saddest people in the world?” asks Adebimpe. “Well, the opposite is true, too. As heavy as some of the songs get, the joking around that goes around between the five of us gets out of control sometimes.”

“If people are listening to us because we’re dark and brooding, great,” adds Sitek, “But I think there’s a greater percentage looking for us to do something different with every album. Some of the darkest songs on Dear Science are the more upbeat ones. Like ‘Crying’ is fucking heavy, dude.”

If you’ still toss on such beautifully-damaged tracks as “Dreams” and “Ambulance” when times get tough, don’t worry — TV On The Radio still goes for the jugular in the melancholic and moody department. In fact, some of Dear Science sounds downright menacing. Take “DLZ”: a fang-baring “fuck you” to the idea of death being “your last chance to do anything” according to Adebimpe, it’s some of most frightening, and affecting, music in the TVOTR canon. “Stork & Owl” is much more muted in its mix of skittering beats, wilting strings and gorgeous, multi-tracked harmonies but good luck putting on a happy face after succumbing to its postmodern soul soundtrack.

“It’s like Bukowski once said, ‘I write all of this stuff to get away from it,'” explains Adebimpe, who struggled with the deaths of a friend and family member during the making of Dear Science. “Writing is a meditation, an exercise to put away all these painful things.'”

And that’s ultimately what TV On The Radio still hopes to do with its music — they’re still looking to connect, to make people feel something, anything no matter how up or down a song’s arrangement is.

“I grew up listening to Joy Division, New Order, Echo & the Bunnymen, the Cure, the Smiths and the Swans,” says Malone. “Some of that qualifies as ‘goth’ but it didn’t make me depressed to listen to that music despite what my parents assumed. It didn’t add to my ‘angst’ as a teenager. I simply identitfied with something in the music.

“It made me feel less alone, you know?” he continues. “If I could be that for someone else, that would make me happy. It’d be a real form of success for me.”