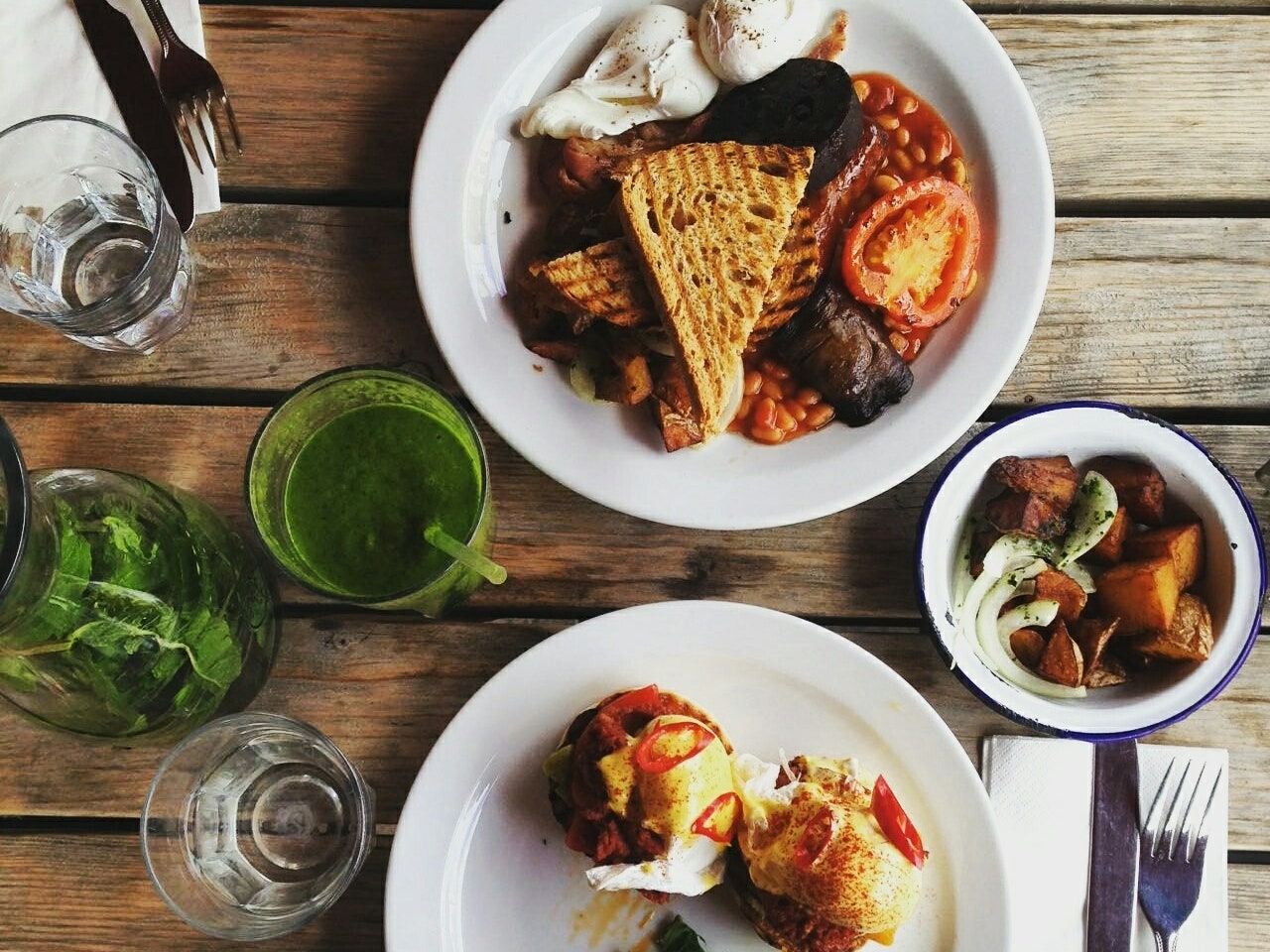 🔗 Diners love it, chefs hate it: how brunch became the most controversial meal of the day.

It’s hard to know when brunch first got a bad rap, although many credit Anthony Bourdain‘s prescient book Kitchen Confidential from 2000, which included this takedown: “Brunch menus are an open invitation to the cost-conscious chef, a dumping ground for the odd bits left over from Friday and Saturday nights. How about hollandaise sauce? Not for me. Bacteria love hollandaise. And nobody I know has ever made hollandaise to order. And how long has that Canadian bacon been festering in the walk-in? Remember, brunch is only served once a week—on the weekends. Cooks hate brunch.”

Fourteen years later, the media’s public debate over half-baked menus and bottomless mimomas reached peak pissiness, with The New York Times‘ David Shaftel declaring “Brunch Is For Jerks” and New York magazine firing the headline “It’s Time To Shut Up About Brunch” right back at him.

The point all of these pieces miss is that brunch doesn’t have to be awful. In some cases, it can even outshine dinner. Just ask anyone who’s ever been to Australia. From the suburbs of Sydney to the trendsetting streets of Melbourne, brunch culture is celebrated on a daily basis rather than banished to the weekend and doesn’t revolve around eggs Benedict or Bloody Marys. It entails potent espresso drinks and thoughtful dishes like toast topped with toasted almonds, labneh, figs, and honey; or “breakfast boards” that double as sampler platters of locally sourced cheese, charcuterie, fruit, granola, yogurt, and soft-boiled eggs.

Sqirl chef/owner Jessica Koslow—a maestro of midday meals herself in Los Angeles—discovered this firsthand during a year-long stint at Dench Bakers. “Living and working in Melbourne,” she says, “where breakfast and lunch cafes operate with such a high level of food and drink, gave me pause. Why isn’t it here? Where is my neighborhood Cheers?!”

Koslow answered her own question in 2012, when Sqirl opened in an otherwise quiet stretch of Silverlake, turning her private jam production lair—Koslow first built up buzz at farmers’ markets—into one of L.A.’s most beloved cafes. Or as food writer Mark Bittman put it, “I would say that Koslow and I are culinary soul mates, but given the popularity of the place, it’s clear that I’m not the only one. This is food whose time has come.”

That, or it’s been here for more than a decade, hiding in plain sight at restaurants that actually take omelets and oatmeal seriously. Brooklyn pioneer Egg opened in April 2005, drawing big crowds by the end of the year thanks to acclaimed brunch items like their Eggs Rothko (essentially an elevated take on Toad-in-the-Hole), duck hash, country ham biscuit, and stone-ground grits like something straight from South Carolina.

“I never understood why breakfast and brunch aren’t given the same love as dinner,” says Egg owner George Weld, who just released a critically acclaimed cookbook (Breakfast: Recipes to Wake Up For) with chef Evan Hanczor. “There are so many reasons to be attentive to it, not least of which is that it’s one meal people can actually afford to eat out more than once or twice a month.”

While it’s still packed after all these years, thriving in an food scene as fickle as New York’s, Weld is quick to deflect any claims that Egg is the grande dame of everyday brunch spots. What they did was much simpler: show how something as conventional as an cheddar omelet could become exceptional when executed correctly. “I’ve never thought about it as revolutionary!” says Weld. “All-day breakfast is a dime a dozen in the rest of the country. Cracker Barrel, Waffle House, Denny’s—if you grew up outside of the city you definitely spent some evenings over coffee and pancakes at one of those places in high school. I think we were unusual in the attention we gave to a meal that most restaurants rushed past or ignored altogether, but that was more a kind of ‘hey, what about this?’ moment than a revolution.”

Another early adopter of the everyday brunch concept was Portland’s Broder Cafe, which opened its flagship in 2007 and expanded its local reach with two other locations in recent years. One, Broder Nord, now serves a smörgåsbord-inspired tasting menu on Friday nights—with plans to add Saturday service soon—but the odds are stacked against Broder ever becoming a traditional restaurant.

“I have tried different iterations of dinner over the years and none of them really took,” says restaurateur Peter Bro. “People still tend to think of us as a breakfast and lunch spot.”

"I don't discriminate when it comes to food! I personally eat when I am hungry, not in any defined time."

Not that there’s anything wrong with that. If anything, creative brunch menus are becoming the new norm, exciting chefs and customers. How else to explain why Indianapolis’s exemplary Milktooth is serving Belgian caviar alongside taro chips at noon and not even bothering with dinner? “I decided to focus on brunch for my first project as a way to spend more evenings with my family,” says chef Jonathan Brooks, who founded Milktooth with his wife Ashley. “I also know brunch is normally viewed as an afterthought and that I could elevate it by bringing the same dedication to technique and sourcing as I would for a fine-dining restaurant…. We do not offer an omelet or eggs Benedict; it is, however, common to find tartares, sashimi, and organ meats on our menu.”

“It’s almost as if brunch has become a lightning rod in our food culture,” adds Kevin Caskey, the chef behind Columbus, Ohio’s seven-year-old Skillet. “For me, it’s more of a catalyst for not playing by the societal rules concerning designated meal times. Brunch is fun; it’s not serious, but the food can be.”

Skillet reveals its daily menu rotations online for this very reason—to show just how much thought goes into every recipe, whether it happens to be a country-fried quail biscuit or locally sourced huevos rancheros simmered with smoked ham hocks. While that may sound Portlandia-ish on paper, Skillet keeps things casual and, more importantly, affordable since its margins are much lower than, say, a restaurant in the middle of downtown Manhattan.

About 200 miles away, Lori Beck and Tyler Trotter are going a similar route in Louisville, Kentucky with their self-proclaimed “Bed & Beverage” Gralehaus. Located right behind the couple’s beer-focused Holy Grale restaurant, it offers such standouts as a sauerkraut stew, slow-cooked with tomato, pork shoulder, dried apricot, and duck broth; lamb and grits; and a black pepper biscuit topped with duck sausage gravy, cracklings, and au jus. Not to mention cortados cut with bee pollen and a “coffee rocket” that infuses lagers and IPAs with third-wave leaders like Intelligentsia.

“I don’t discriminate when it comes to food!” says Beck. “I personally eat when I am hungry, not in any defined time; I like breakfast for dinner and big [brunches] and small dinners. I wasn’t aware brunch had a bad rap. To me, brunch is defined by the time of day you eat and the option to choose breakfast or lunch food. I wouldn’t make brunch the criminal here.

“Now, if you were to ask me if I think most restaurants do brunch well, I would say no,” she adds. “While there are many restaurants and chefs that prioritize ingredient sourcing and culinary technique, there are far more that purchase and serve the cheapest, easiest, fastest food options on their menus. It is up the customer to make themselves aware of these practices and choose…. Our hope is to be an option of quality for people any day of the week, when they have time to slow down and enjoy breakfast, lunch, coffee, or an a.m. beer.”