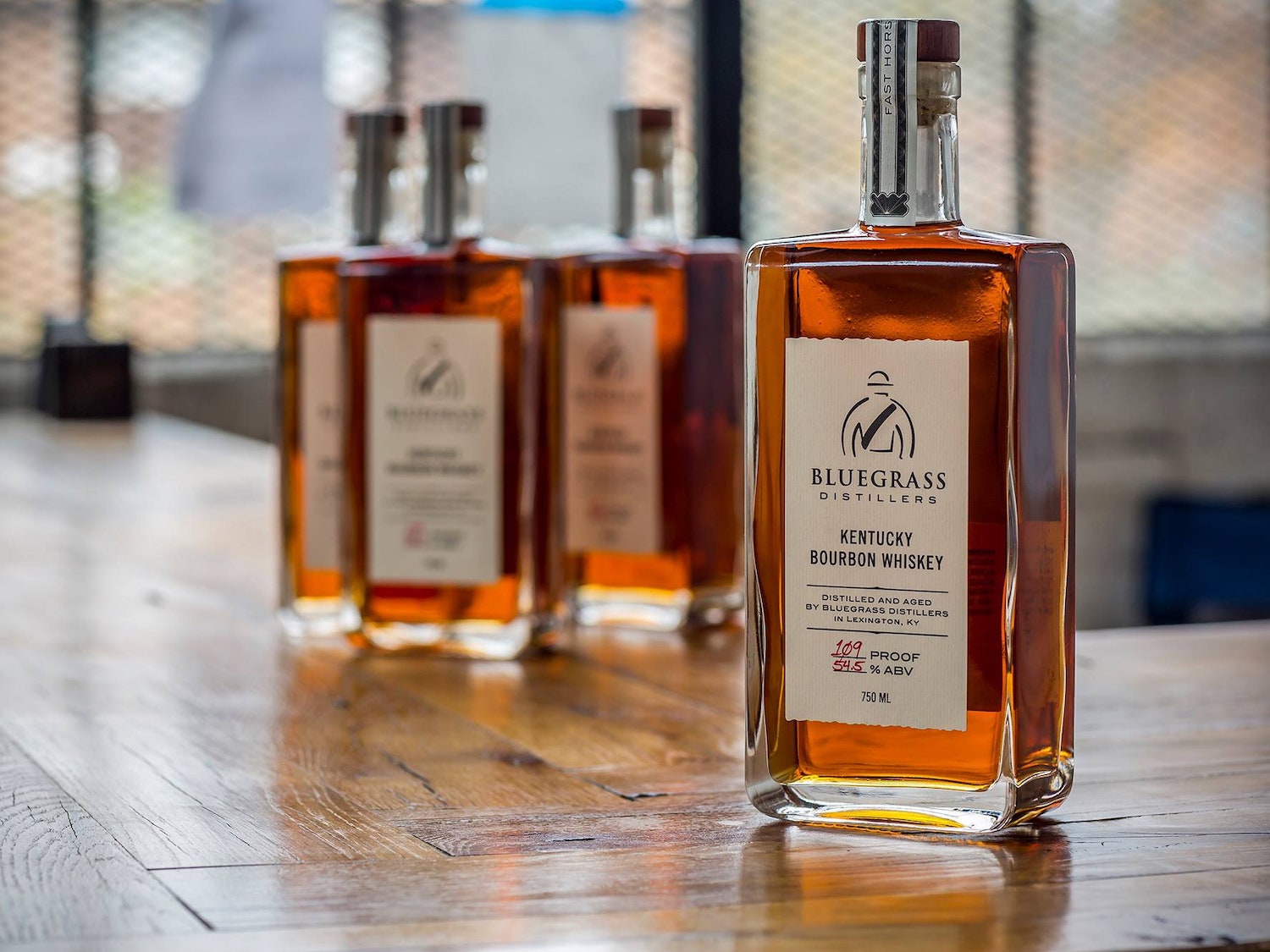 🔗 A beginner’s guide to the very best.

Considering how much American whiskey the world drinks in a normal week—sales of the brown stuff were up 7.7 percent in 2016, totaling $3.1 billion—it should come as no surprise that the bourbon circuit hit a record high in 2016. According to the Kentucky Distillers’ Association (KDA), tourists logged one million stops on the Bluegrass State’s Bourbon Traillast year. That includes more than 175,000 visits along the “Craft Tour,” focusing on smaller distilleries, which KDA added in 2012. At the time, it featured seven artisanal producers; as of this spring, its membership has nearly doubled, including such recent additions as Boone County Distilling Co. and Bluegrass Distillers.

“Joining the trail was one of the most important things we’ve done since we opened [in 2015],” says Bluegrass co-founder Sam Rock. “One thing we didn’t expect was the importance of the interview process. We were told that some craft distillers were going to come by for a brief inspection, but on the day of the review, most of them came to hear our story, inspect the premises, and offer advice.”

One thing that kept coming up in conversation was the evolution of consumers, many of whom are more interested in mash bills, barrel sizes, and fermentation tanks than the simple act of getting sauced.

“Kentucky has always been synonymous with bourbon,” says Rock. “But it’s now synonymous with the bourbon experience. The culture of bourbon tourism has created a whole new type of customer. They’re not here to drink cocktails. They’re interested in the process itself, along with other spirits and styles. For example, we made a rye whiskey that sold out of our store in a month since it’s so unique to find a rye in Bourbon County.”

Want to make the most of a trip to the greater Lexington area? Here are six essential stops on the Kentucky Bourbon Trail’s nascent Craft Tour—because the last thing you need is another bottle of Beam or Bulleit.

Barrel House Distilling Co. is the star of the show on the James E. Pepper Distillery campus, occupying its original barreling house, which dates back to 1780. Folks unable to choose between the moonshine, vodka, rum, and bourbon produced onsite will soon be able to enjoy their individual strengths via special cocktails at a new tasting room called the Elkhorn Tavern. And if you’re not into any of this strong liquor stuff, you could always walk over to nearby Ethereal Brewing—we hear they make a mean Belgian farmhouse beer.

Much like blue corn chips, the blue corn mash Bluegrass Distillers uses to make a special un-aged bourbon has a depth of flavor the white stuff lacks. Sam Rock says the recipe stems from “something the interns made in our crockpot practice still,” but could end up becoming the company’s flagship recipe. A local farmer able to grow 24 acres of blue corn could make “Blue Dog” more accessible sooner rather than later, too. (Up until now, only limited quantities in Lexington have been available.)

While this one’s technically on the traditional Kentucky Bourbon Trail, Town Branch is worth a look for two reasons: (1) as of its 2012 opening, it became the first Lexington-based distillery in more than a century, and (2) its parent company (Alltech) produces a popular barrel-aged beer that goes well with chunks of aged cheddar and fat slabs of BBQ beef. 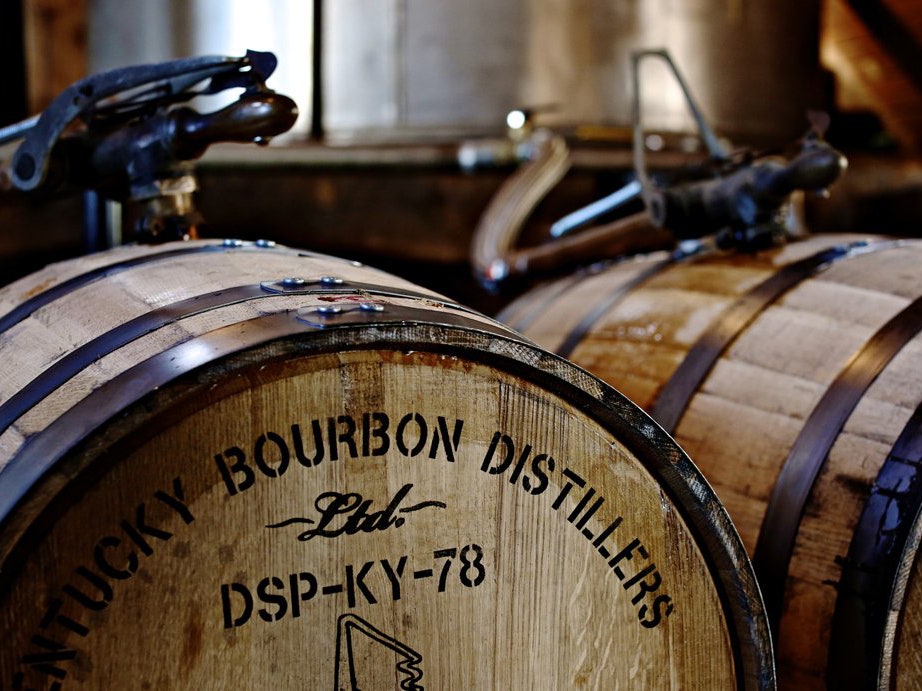 That’s O.D. as in Original Distillery, since Willett’s roots can be traced back to the 30 barrels the Willett Distilling Company produced on St. Patrick’s Day, 1937. Members of the extended Willett family rebooted its business under the name Kentucky Bourbon Distillers in 1984, and ongoing renovation efforts have kept the company both contemporary and classic ever since. While there are many bold aged ryes bottled under Willett’s Family Estate line, the best bang-for-your-buck is definitely Johnny Drum Private Stock, a 101-proof alternative to that bottle of Pappy Van Winkle you’ve been lusting over (and will never get without a hookup).

Yes, it’s going to take two-and-a-half hours to get here when you could simply drive a half hour to sample Woodford Reserve straight from the source. Hear us out, however. Darek Bell and Andrew Webber got their start brewing beer and wine in the former’s garage, a D.I.Y.-or-die process that made them natural-born risk takers. Where else are you going to find award-winning whiskey distilled with red and white quinoa, or smoked with three kinds of wood? Then there are one-off wonders like a best-in-class bourbon made with as many different grains (nine, including spelt and triticale) as your favorite loaf of fancy bread. Non-whiskey drinkers will also appreciate Corsair’s small-batch takes on gin, rum, and red (!) absinthe.

Believe it or not, Bourbon County’s first distillery since Prohibition didn’t break ground until 2013, when Andrew and Larissa Buchanan founded Hartfield & Co. (Fun fact: The couple’s scrappy upstart was known as The Gentleman until an unnamed “large company”—let’s just say Slash and Axl were big fans back in the day—threatened a lawsuit.) Now that the dust has settled, the Buchanans can focus on little details like sourcing massive batches of malted barley and other key grains within ten miles of their horse country headquarters.